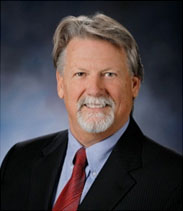 Larry began his career as an Airframe and Powerplant mechanic working on FAR Part 91, 121 and 135 aircraft. After receiving his BS Degree in Aircraft Maintenance Engineering from Northrup University, Larry went to work for Gulfstream Aircraft; first in Technical Operations, and then in Field Service Engineering.

After leaving Gulfstream, Larry went on to manage multiple Gulfstream aircraft as the Director of Maintenance; operating GII, GIII, and GIV aircraft on a world-wide basis. It was during his tenure as Director of Maintenance that he became both knowledgeable and experienced in not only operating and maintaining VIP aircraft, but in specifying and overseeing VIP interior completions as well.

Larry is also leading the charge of improving aircraft record keeping and logbook administration in our industry having written and published several books and articles on the current state of logbooks in business aviation. Larry serves as the Executive Director for the Foundation of Business Aircraft Records Excellence whose mission is to improve aircraft record keeping through education and technology awareness.

Larry holds a valid FAA Airframe and Powerplant License, as well as a B.S. Degree in Aircraft Maintenance Engineering. He has also completed a variety of technical training courses on both Boeing and Gulfstream aircraft, and served on several VIP aircraft Technical Committees.

A message from Larry:

“With every completion, I’m personally involved with each part of the decision-making process from working directly with the aircraft owner and designer, to the liaison of completion center personnel on both management and production levels, and with each individual vendor, supplier, and sub-contractor working on your very special project. We have a reputation of detail and commitment to uphold which I take very seriously with every aircraft completion we manage.” 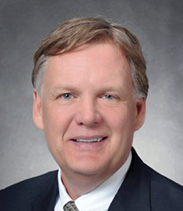 Gil has over 34 years with the Boeing Company in a number of executive assignments in engineering, program management, sales and marketing. Prior to transitioning to the Commercial Division of Boeing in 1992, he held design and lead design assignments in Defense and Space including the B-1 Bomber, missile defense systems and aircrew escape and survival programs. Gil next held leadership positions in the development and design of the 777 and 737 NG airplanes in development, design and certification. Prior to transitioning to the Boeing Business Jet (BBJ) organization in 1998, he led the development of the BBJ as Program Manager and Chief Engineer. In this position Gil worked closely with PATs in the development and production of the auxiliary fuel system as well as the Interior completion centers helping to establish authored centers for BBJ support.

While at BBJ, Gil held numerous executive positions as Vice President of Sales, Vice President of Operations and as Vice President of the organization. Next, he was asked to lead the marketing and customer relations of the 747-8 airplanes with the freighter and the passenger airplane. Gil’s background in engineering development and design, program management and sales/marketing led to an assignment as Director of Product Marketing for all Boeing airplanes, working closely with customers in the selection of Boeing product. Gil joined Aviation Consulting Group shortly after retiring from Boeing. 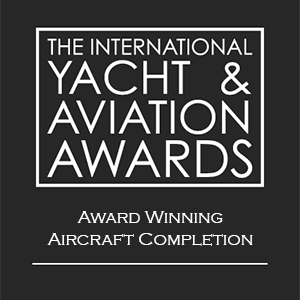